AdBlue is an afterburning catalyst for various vehicles. It is a safe, odour-free and stabile colourless liquid. AdBlue’s quality is guaranteed by the standard ISO 22241-1/ -2/ -3/ -4. AdBlue contains 32.5% of urea from natural gas dissolved in distilled water. Due to the heat and water of the exhaust system, the urea decomposes into ammonia and carbon dioxide. Nitrite oxide from the combustion of the fuel is decomposed by the ammonia formed in the presence of oxygen, and nitrogen and water are released as a result of the reaction. As it is water soluble, AdBlue freezes on a temperature of -11°C, but it is still possible to start the engine. The AdBlue tank has a heating system installed by the manufacturer that heats up the liquid after starting the car. 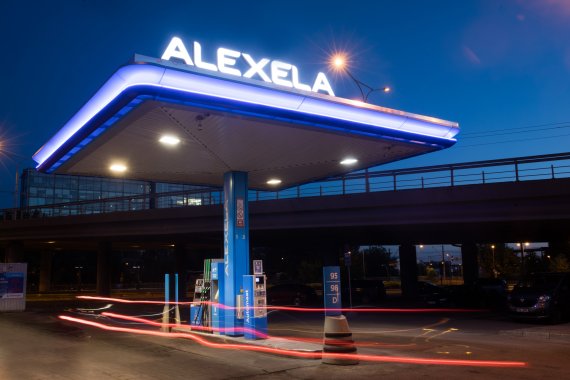 AdBlue is meant for using in vehicles that comply with Euro4 and Euro6 requirements and in vehicles with SCR (Selective Catalytic Reduction) technology. Driving without AdBlue damages the vehicle’s catalyser and the exhaust gases do not meet the established pollution standards. AdBlue expenses always strongly depend on the consumption of diesel fuel, the average consumption is 1.5 L per 1000 km. At the same time, the enhanced combustion efficiency reduces diesel consumption. The AdBlue tanks installed on trucks usually have the capacity of 60-120 litres.